The Most Explosive Substance on Earth 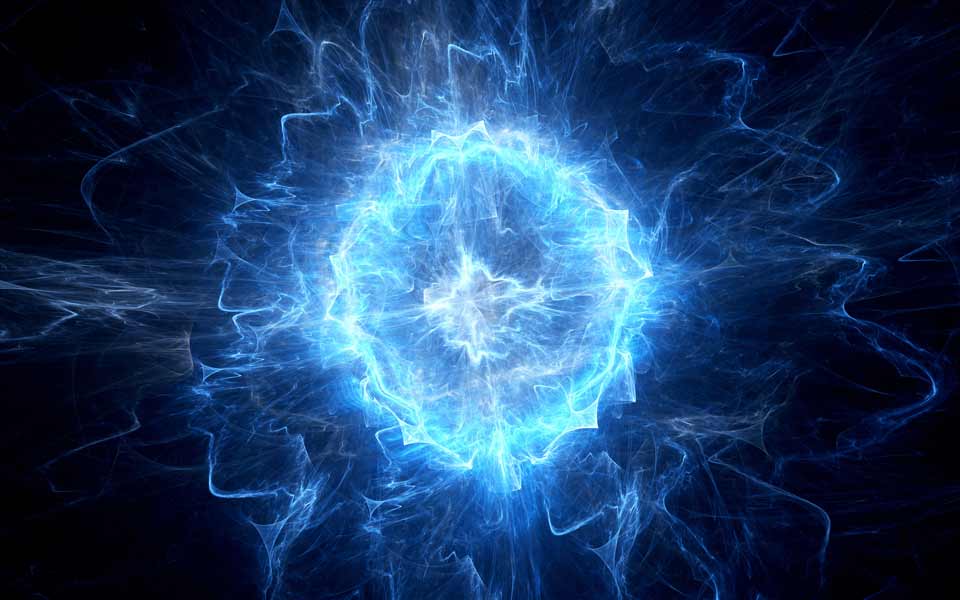 What non-nuclear substance is the most explosive?

Octanitrocubane (ONC) was first synthesized in 1999 by Philip Eaton and Mao-Xi Zhang at the University of Chicago. It was soon discovered that ONC ranks number one as the most explosive non-nuclear substance. Part of the explosive power of ONC comes from its cube-shaped orientation of carbons, called cubane. The cube shape forces the carbon atoms to be at 90° angles to each other. The carbon atoms’ preferred configuration is to be at 109.5° angles to each other, and this compression to a 90° orientation causes increased energy in the molecule due to „angle strain“.

This idea is similar to a spring that is bent from its preferred shape. Releasing the spring causes a discharge of energy as it returns to its favored shape. Similarly, molecules that contain a cubane base configuration release energy when a reaction occurs that allows the carbon atoms to assume their preferred angles. In fact, this orientation of carbons was so energetically unfavorable that it was thought cubane would be impossible to make prior to 1964, when it was first synthesized. Similar to cubane, ONC was originally considered impossible to make.

Another reason for the highly energetic character of ONC is the great number of nitro groups per carbon atom. Nitro groups (-NOH$2$) are often present in explosives, such as TNT, because they increase the nitrogen and oxygen content of the molecule. ONC contains the cubane framework but with nitro groups instead of the eight hydrogen atoms. As seen by the ONC detonation reaction C8(NO₂)8 → 8CO₂(g) + 4N₂(g), no oxygen is needed as part of the reaction. The formation of the stable CO₂ and N₂ molecules releases a tremendous amount of energy. In addition, 12 molecules of gas are released for every 1 ONC molecule, resulting in a powerful shock wave. 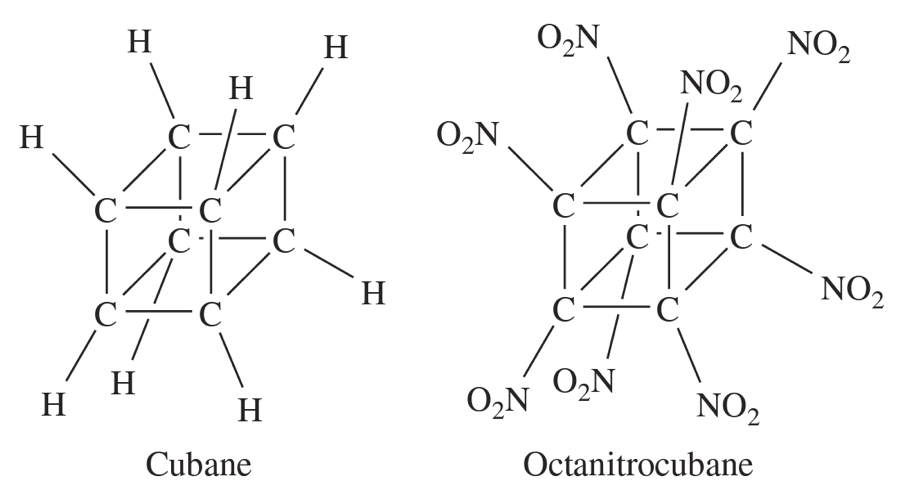 The structures of cubane and octanitrocubane

Explosives are measured by a relative effectiveness factor (R.E. factor), which is a measure of an explosive’s power relative to TNT by mass. ONC, with an R.E. factor of 2.38, is more than twice as powerful as the compound used in the explosive C-4, which has an R.E. factor of 1.33. ONC is a high-velocity explosive and has a detonation velocity of 10,100 m/s. This makes ONC the fastest known explosive (see the table below).

A comparison of the R.E. factors of various explosives 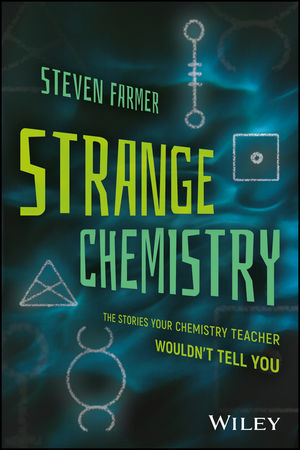