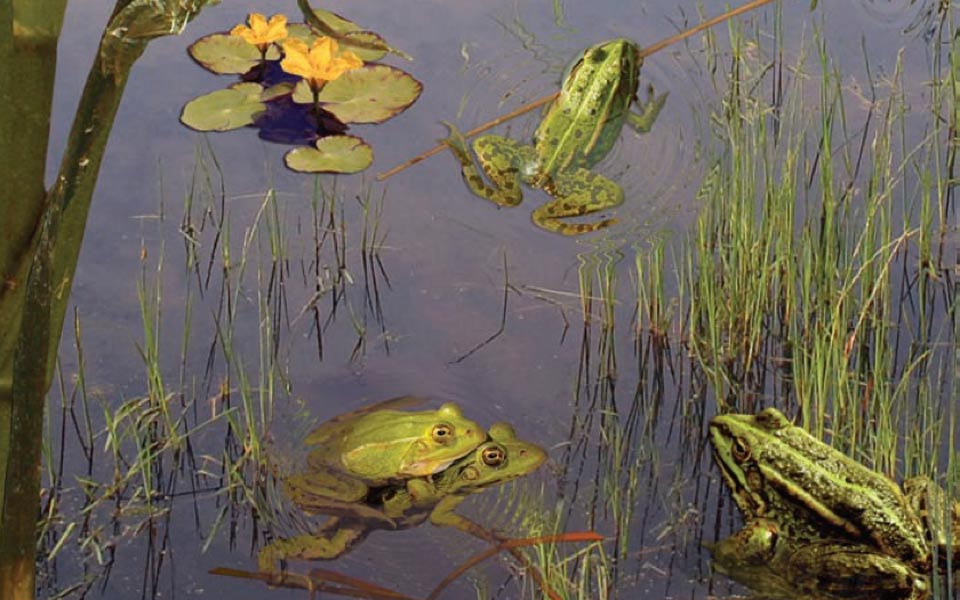 The Water Frog Pelophylax esculenta (top) is a hybrid species between the Marsh Frog P. ridibunda (bottom right) and the Pool Frog P. lessonae (bottom left; photo: Benny Trapp). Whereas the somatic cells of the Water Frog contain the genomes of both parental species, one of the genomes is eliminated in the germinal cell line in the Water Frog prior to meiosis. In consequence, the genes of one of the two parental species cannot be passed on to further generations. Essentially, the Water Frog “steals”one of its genomes from a foreign species and is termed a “kleptospecies” for this reason.

The well-known European Water Frog (Pelophylax esculenta) results from a hybridization of two species, the Marsh Frog (Pelophylax ridibunda) and the Pool Frog (Pelophylax lessonae). The hybrid status of the Water Frog initially resembles the many known cases of species hybrids, which result from “accidents” without evolutionary importance, because they do not reproduce among themselves any further but die off again at the end of their individual lives. The Water Frog, however, is not an exceptional transient species. Instead, it is found permanently in most areas.

How is this explained?

It starts with a hybridization between the two species, Marsh Frog and Pool Frog. The Marsh and Pool Frog mate with each other unrestrictedly. The hybrid, the Water Frog, is vital and fertile. The zygote resulting from the hybridization, as well as all the Water Frog’s somatic cells, are allodiploid; they contain a genome of the Marsh Frog and a genome of the Pool Frog. Its germ line cells are allodiploid, but only for a certain time in the ontogenetic development of an individual Water Frog. Before meiosis starts in the testes of the male or in the ovaries of the female, that is to say, before the preliminary germ cells start to differentiate into spermatogonia or oogonia, one of the two genomes is completely removed from the preliminary germ cells. Accordingly, the premeiotic germ cells only contain one of the two parental genomes. Only the somatic cells of the Water Frog are equipped with both genomes.

The Water Frog – a “kleptospecies”

Water Frogs are effectively “reproductive parasites”. To secure their continued existence, the egg of the Water Frog must “steal” the genome from another species in the course of insemination to build the somatic cells of its body. For this reason, the Water Frog is also termed a “kleptogamic form” or a “kleptospecies” (from Greek klepto = to steal). 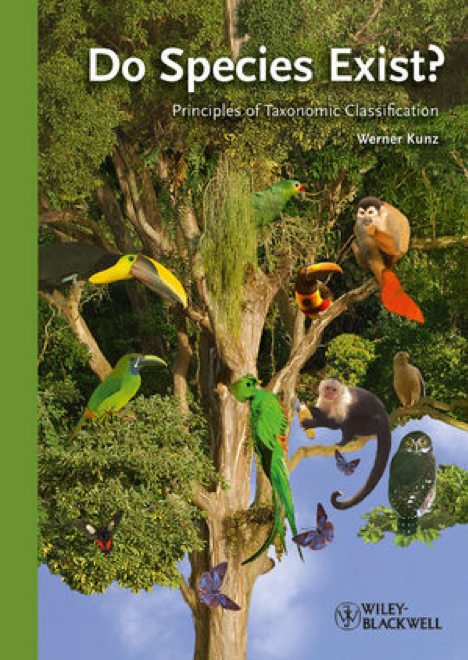